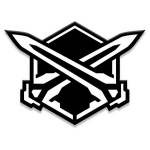 A common mistake people make when trying to design something completely foolproof is to underestimate the ingenuity of complete fools.

Hello, Template:USERNAME! I am Skyblade743, also known as Sky, Skyblade, Skibabble, Shulk, Dark Lord of the Sith, Piercing Light of Abun-Ra, Paragon of Torna and Eater of Cake. This is my user page.

I am Skyblade. I am British, 18 years old and heterosexual at the time of writing, and I am a self confessed geek. My room is littered with video game books, Star Wars art books and D&D manuels. I'm also a gamer, mostly playing JRPGs and fighting games (except Street Fighter. I'm horrible at Street Fighter). I enjoy some anime and I want Eren Yeager to die a slow, meaningless and painful death.

That said, I'm a cheery guy. I just hate Eren Yeager. A lot.

People I Have Positive Emotional Relationships with

If you want to talk to my characters, do it Here!

This isn't an exact power ranking, so just use it as a rough guide.

Mains for games that have those things

Games I need to Play/Finish During Lockdown

The Star Wars Movies from worst too best

9.Episode 8 (It's bad. It's just really bad. It has it's moments, primarily Luke and that one death, but otherwise it's hampered by a really bad script and plot holes larger than the Supremacy. If it wasn't for those moments...ok, it probably would still be better than Attack of the Clones, but still.)

7.Episode 3 (I’ll be honest, Episode 3 is a guilty pleasure of mine. The Battle of Couriscant is the best space battle in the season, General Grievous is an awesome villain, and Ewan McGregor does an awesome job as Obi-Wan in this film. However, it still suffers from overused CGI and a bad script.)

6.Rouge One (Rouge One is a great film for what it is. The main problem with it is that it tried too be a war movie and just ended up as a standard blockbuster with little development to possibly one of the most unique casts of characters in Star Wars. However, Krennic is a great villain, the protagonists are all likeable and K2SO is hilarious.)

5.Solo (The characters aren't as memorable as Rogue One, the stakes aren't as high as the Skywalker Saga and it lacks the dark tone of some of the more recent films, but damn if it doesn't stop Solo being an absolute blast. It's a shame that it had to come of the back of the teeming pile of garbage that was The Last Jedi.)

4.Episode 6 (God damn it, Ewoks, is it wasn’t for you this would be higher on this list.)

2. Episode 7/4 (Honestly not sure about this one. They're basically interchangeable.)

1.Episode 5(I don’t need too explain myself. This film is amazing)

If I ever leave the wiki, characters will go to the people below. If no one is listed for those characters, they will be up for adoption, my friends getting first pick. Please make a seperate subpage for your version assuming an original page exists.

Retrieved from "https://sonicfan.fandom.com/wiki/User:Skyblade743?oldid=7090"
Community content is available under CC-BY-SA unless otherwise noted.